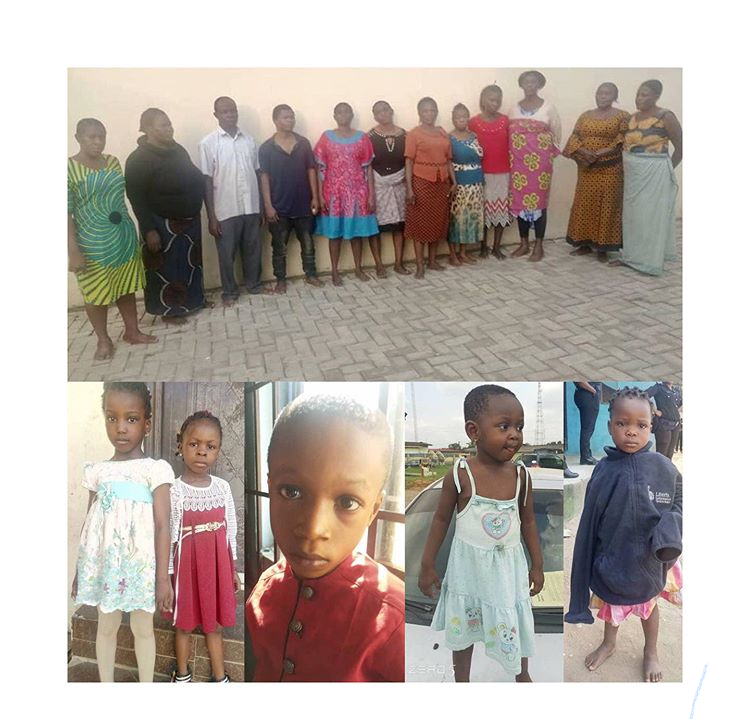 12 members of a child trafficking syndicate which specialized in stealing little children from their homes and selling them to waiting buyers have been arrested and six children recovered.

Members of the syndicate include a couple, Ifeoma Ebony and Emmanuel Onyekwere, who goes around the country stealing the children and sell to middle-men, who then sell to people in dire need of children.

It was learned that Ebony, a mother of two, and her boyfriend Onyekere, abducted several children from their homes in Abia, Enugu, Abuja, and Edo state, which they sold to their buyers identified as Blessing Nwankwo, Chioma Nike and one Onwa, whose real name were yet unknown.

They sold the children for prizes ranging from N250,000 and N450,000 each depending on the gender and Physical Condition Of the Child.

Ebony, 32, from Enugu State, blamed her involvement in child abduction and trafficking on her inability to get a proper education because her father married two wives and couldn’t send her to school.

On his part, Emmanuel Oyekwere, 32, from Abia State, said his quest to build a house for his mother got him into the business.