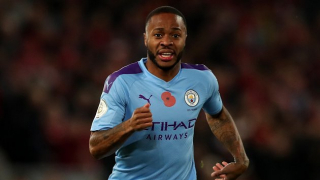 Sterling has not scored for seven games and fluffed a couple of great opportunities in City’s midweek Carabao Cup defeat by Manchester United.

“He is one of the guys who recovers quicker than anyone I’ve ever met,” said Guardiola.

“He could play every two days and the more he plays regularly the better he feels.

“Goals and assists are important but not the only thing. I am not judging just for that.”