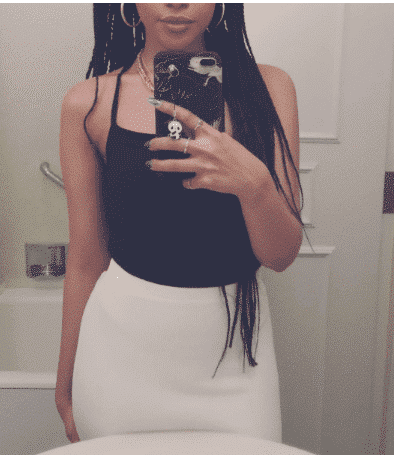 The lady identified by her social media page, @ladyamali (suspected to be a fake handle though) shared a photo of herself without her hijab, a move that since sparked outrage as many Muslim Twitter users come after her

Though she cropped out her eyes to hide her identity, explaining that she can’t afford to be caught by her family, the Twitter user flaunted her beauty online for the first time but got bashed

She wrote: “forced to wear niqab by my family to being free, one day I will have the courage to show my full face #NoHijabDay”

Check out some of the reactions she received;

The post Moslems vituperate lady forced to wear hijab’ by her family, after she took it off to take a photo for Twitter appeared first on Kemi Filani News.