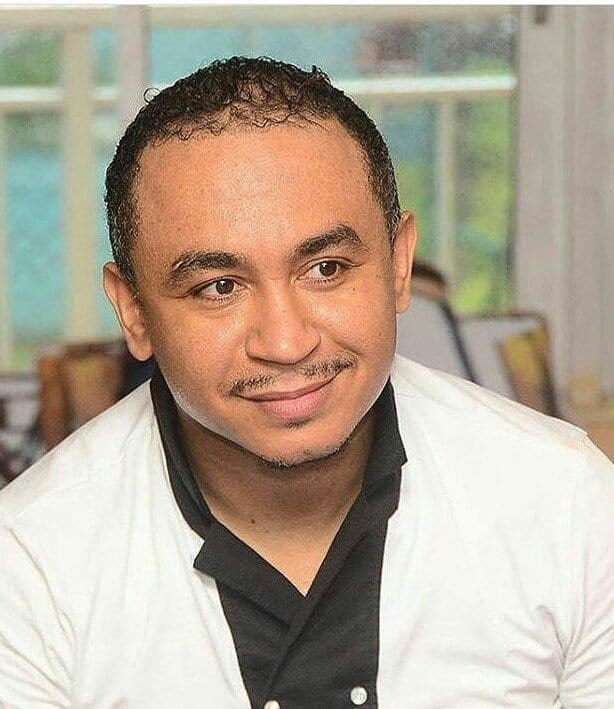 Controversial OAP, Daddy Freeze is mocking Reverend Father Ejike Mbaka and other prophets for missing out Okada and Tricycles ban in Lagos during their 2020 prophecies.

This is coming shortly after the Minister of Transport, Rotimi Amaechi reacted to the ban on motorcycles and tricycles by the Lagos State Government.

The ban which took effect on February 1 has seen cries from Lagosians who are facing discomfort as a result.

Reacting to the development, the Minister told Channels TV’s Sunrise Daily that it is not in the jurisdiction of the Federal Government to dictate to States on what to do concerning transport policies.

While Daddy Freeze on his part shared a video on his Instagram page and captioned it: ” See one GO prophecy, yet he no see Okada ban, he dey see earthquake for far far away country.This is going to be a year of series of joy because it is going to be a year of series of victories. By implication, it means it will be a year of series of battles but you will win, because #TheBattleIsNotYours. -INTERNATIONAL:This year unless you pray very hard, it is going to behave like a child that is having convulsion; Earthquakes and volcanoes that have been dormant for years will erupt, the reason is due to SIN. SIN is becoming more rampant. There will also be change of governments all over the world, some of the changes will be peaceful, and some will not.”

This is part of what he said in the video: ” Nwanne’m this year go rugged oh.. How you see am? Father Mbaka you no see say dem go ban Okada, na election you dey see. All the pastors wet collect first fruits, all the pastors wey do predictions, dem see wetin go happen for abroad,  dem no see this Okada ban, yet their church dey dis Lagos……”