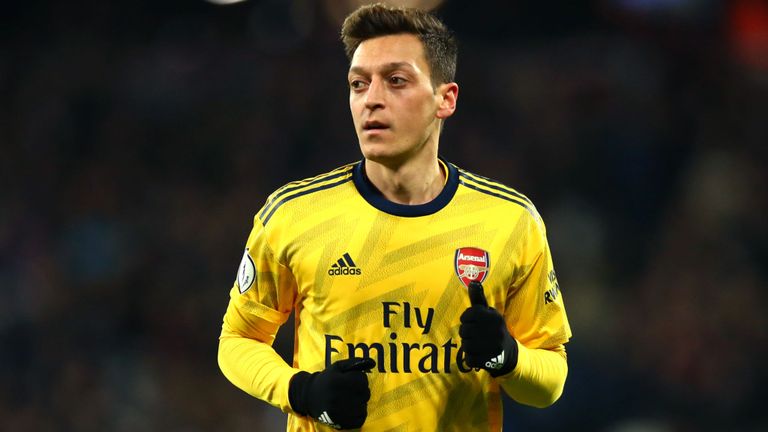 Mesut Ozil’s decision to remain at Arsenal in January reportedly scuppered the club’s hopes of signing a Spanish playmaker.

The Sunday Mirror stares that the Gunners wanted to bring Dani Olmo to the club last month but could not strike a deal because Ozil wanted to stay at The Emirates.

It is claimed that Mikel Arteta would have been willing to let Ozil leave the club in January, with the former Germany international actually receiving an offer from the Middle East on deadline day.

However, Arteta did not have enough time to replace the German, while two of his top targets had already moved on, meaning no deal was struck for Ozil to go.

One of those targets was Olmo, who completed a bargain £17million move from Dinamo Zagreb to RB Leipzig in January after scoring eight goals and providing seven assists in the first half of this season.

The 21-year-old has already impressed in the Champions League and the Under-21 European Championships, and is well known to Arteta due to his Spanish connections.

Yannick Carrasco was allegedly another target for the Gunners, but he completed a move back to Atletico Madrid from Dalian Yifang as Arsenal just added two defenders, Pablo Mari and Cedric Soares, during the window.

Meanwhile, Unai Emery has admitted “several problems” cost him his Arsenal job after just 18 months in charge – and reckons his successor Mikel Arteta will steer the club through choppy waters.

Emery was sacked as Arsenal manager at the end of November after the Gunners had gone seven games without a win.

The 48-year-old Spaniard steered Arsenal to the final of the Europa League in his first season in charge.

Arsenal also finished fifth in the Premier League, missing out on a top-four place by just one point.