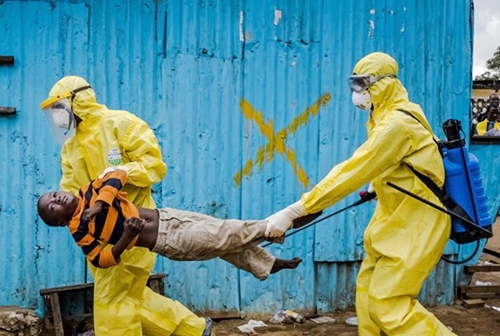 The strange ailment reportedly broke out in the border settlement of Oye-Obi, an Island bordering Obi and Oju Local Government Areas, LGA, of Benue State.

Caretaker Chairman of Oju LGA, Mr Alicia Eru while speaking in Makurdi on Friday said some of the victims had been moved from the Oju General Hospital, GHO, to the Benue State University Teaching Hospital, BSUTH, for further investigation and treatment.

She said, “It is actually a strange ailment. Four people died after the outbreak and when the issue was brought to my notice I sent people to the community and three of the victims were brought to GHO.

“When doctors confirmed the condition of the victims we moved to the Island and discovered that over 100 people are down with the strange ailment.

“And from our interaction, they all had the same symptom of headache, fever, internal heat, diarrhoea, vomiting, stomach ache and body weakness. We learnt that after the initial death of four people another victim died Friday morning.

“Outside that figure, some are in the rural hospital which does not have many facilities to handle the case. Though through the member of the House of Assembly a nurse and doctor were sent there to assist.

“They carried out some tests and discovered that about 24 of the victims had Hepatitis B. But we are still waiting for the result of the test carried out at the BSUTH for further intervention.

On the possibility of the people drinking contaminated water, Mrs Eru said, “the island is surrounded by Rivers Oyono and Obi from where they drink water. You cannot access there with a vehicle let alone drill a borehole, it is only by canoe.

“Since the outbreak, the people have reframed from leaving their food in the open or drying foodstuffs in the open, shaking hands and talking to each other in a gathering, they are living in fear, we need help,” she added.