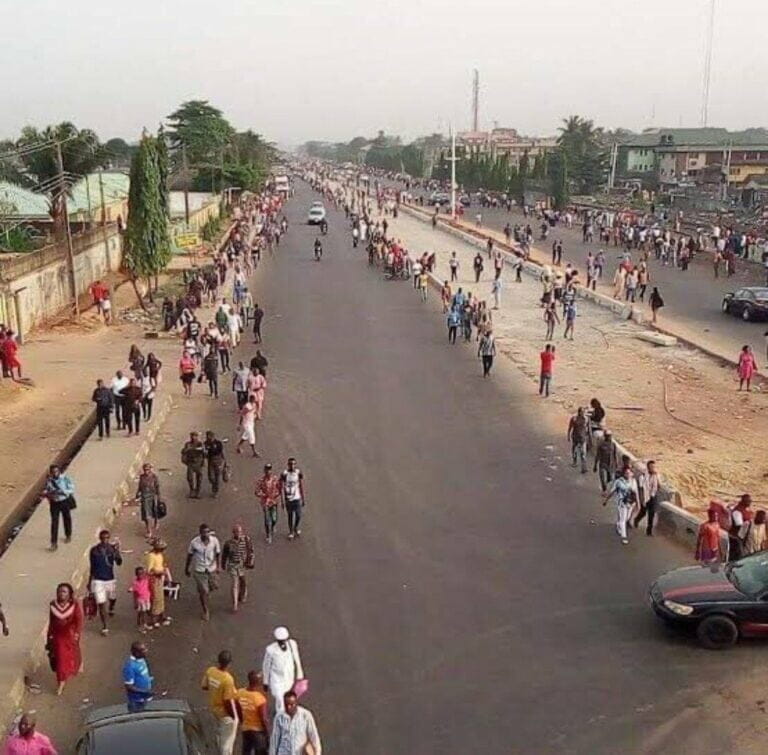 Below are photos showing what Lagosians are going through as the Keke Napep and Okada ban enters day 3.

The ban which came into effect on February 1 sees a prohibition issued to motorcycles and tricycles on certain roads in Lagos State.

This has led to a protest by operators of Okada and Keke Napep in Lagos today as shared by a social media user. See the video below.

Meanwhile, the Lagos State Government has praised Lagosians for complying with the ban.

A statement issued reads in part: “The government of Lagos State praises motorcycle and tricycle operators for complying with the restriction from six local government areas, major highways and bridges. The enforcement of the State Security Council’s order began on Saturday, February 1, 2020. The level of compliance was over 90 %. In fact, some of the ride hailing companies directed their riders to obey the directive. This is commendable.

“The high level of compliance has shown that Lagosians agree with the government on the need to stop the danger that commercial motorcycles and tricycles have become – a big threat to safety of lives and security of our people. They should stand firm in supporting the government”.