A video has surfaced online showing the General Overseer of The Redeemed Christian Church of God, Pastor Adeboye, leading a protest.

The video showed the pastor leading a protest against the insecurity experienced in Nigeria.

Read Also: Your Son Can Not Discipline Himself – Uti Nwachukwu Slams Pastor Adeboye

The video has since gotten many Nigerians talking online asking why he is leading such protest yet is heavily guarded by bodyguards.

”Pastors with securities everywhere but Church members have to depend on God for safety and security. Who is deceiving who? Black man with black thinking” 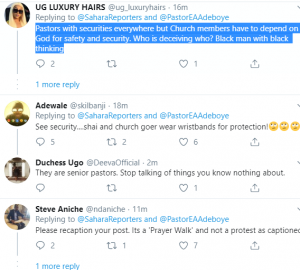 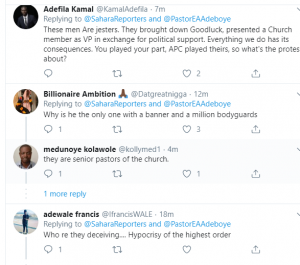