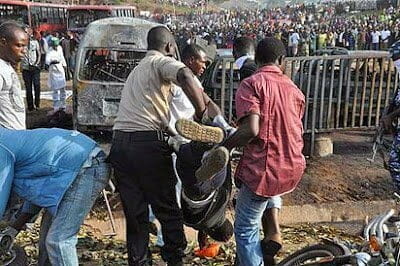 While worshippers gathered at Living Faith Bible Church fondly referred to as Winners Chapel, a Kaduna based Muslim youth identified simply as Mustapha stormed the place of worship with explosives

It was learnt that the members of the church escaped a bomb explosion after the culprit, a suicide bomber was apprehended

Sources reveal that prior to his arrest, the culprit excited a little fear while approaching the entrance of the church and hesitated upon gaining entrance, prompting a series of questions and Ultimately a search on him began

Upon spotting the explosives, Mustapha who refused to reveal his sponsor was made to dismantle the already set bombs, after which he was whisked away by the invited police officers